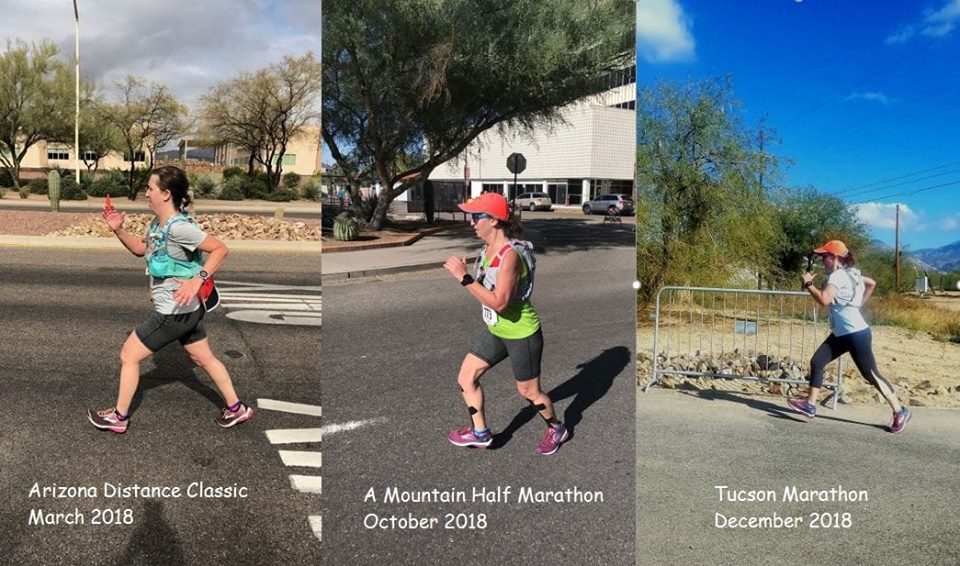 “Before starting with SWET in January 2017, I wasn’t a runner. I attempted to start running in 2014/2015 but wasn’t consistent; my first attempt at a half marathon in 2015 was not pretty – I mostly walked and it took 3 and a half hours. After that, my running was even more sporadic.

In January 2017, I joined SWET in the 5k group. Not only did my running begin to improve, but I met some truly wonderful friends.

After the summer SWEThogs group, I started in the Fall 2017 Running 365 Half Marathon Training group and ran Rock & Roll Vegas half marathon – cutting a half hour off my time from 2015. I did the half marathon group again in winter 2017-2018, and my third half marathon was finished in under 3 hours, which was my goal.

Then, for summer/fall 2018, I decided to take the plunge and join the full marathon training group. This has been my favorite so far. I love putting in high mileage during the week, and actually look forward to Saturday morning long runs. What is most notable is how much stronger (and even faster!) I’ve gotten, due to the consistency and thanks to the amazing coaches. In December 2018, I ran my first marathon, and truly had fun doing so. It was hard but it was possible, and I’m looking forward to doing another one.

The people of SWET – coaches and running group members – are some of the best people I’ve met. Everyone is supportive regardless of speed or ability.

I’m hooked and will keep on coming back!”

Skip back to main navigation