We are super excited about the enrollment numbers for 5K Running Start, and the 10K / Half Marathon Training Groups.  Between both sides of town, the count is: 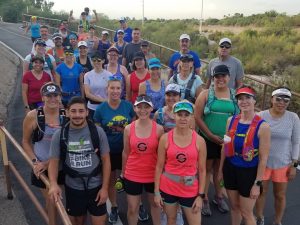 That is 78 runners in SWET!  Seventy Eight! So friggin’ exciting!

We had one, track-only sign up, but she took the plunge and signed up for the half marathon group (Yay Linda!).

Marathon numbers are still at 3, but that group is targeting the Phoenix winter marathons, and doesn’t start until September 21 (although our marathoners are already running with us in the half groups to prep).  We expect those numbers to never be super-high, because marathon isn’t for everyone.  But we will support as many goals of our runners as we can, and so we will keep offering a group. 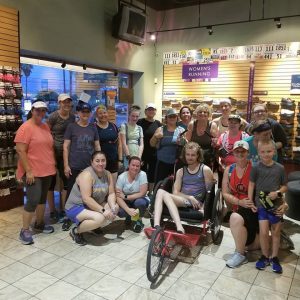 Most exciting is our Northwest 5K Running Start group.  We have a 5K group over there again!  We have 7 runners for NW 5K group.  Only 2 of those runners have run with SWET before, and the other 5 are all brand-new members.  Our 5K Running Start is our most important group, because it is where we mint new runners and hopefully turn them into life-long runners.

Enrollment is still open for 5K Running Start and 10K/13.1 Groups, we will keep the sign-ups live for the next couple of weeks.  After that, reach out to Autumn@swet.run for late sign up information.

Additional information about our training groups can be found in the links above, or here:

Thank you sooo much to our runners who have signed up.  It’s going to be a great season!